Re-Gearing: When is the Right Time? 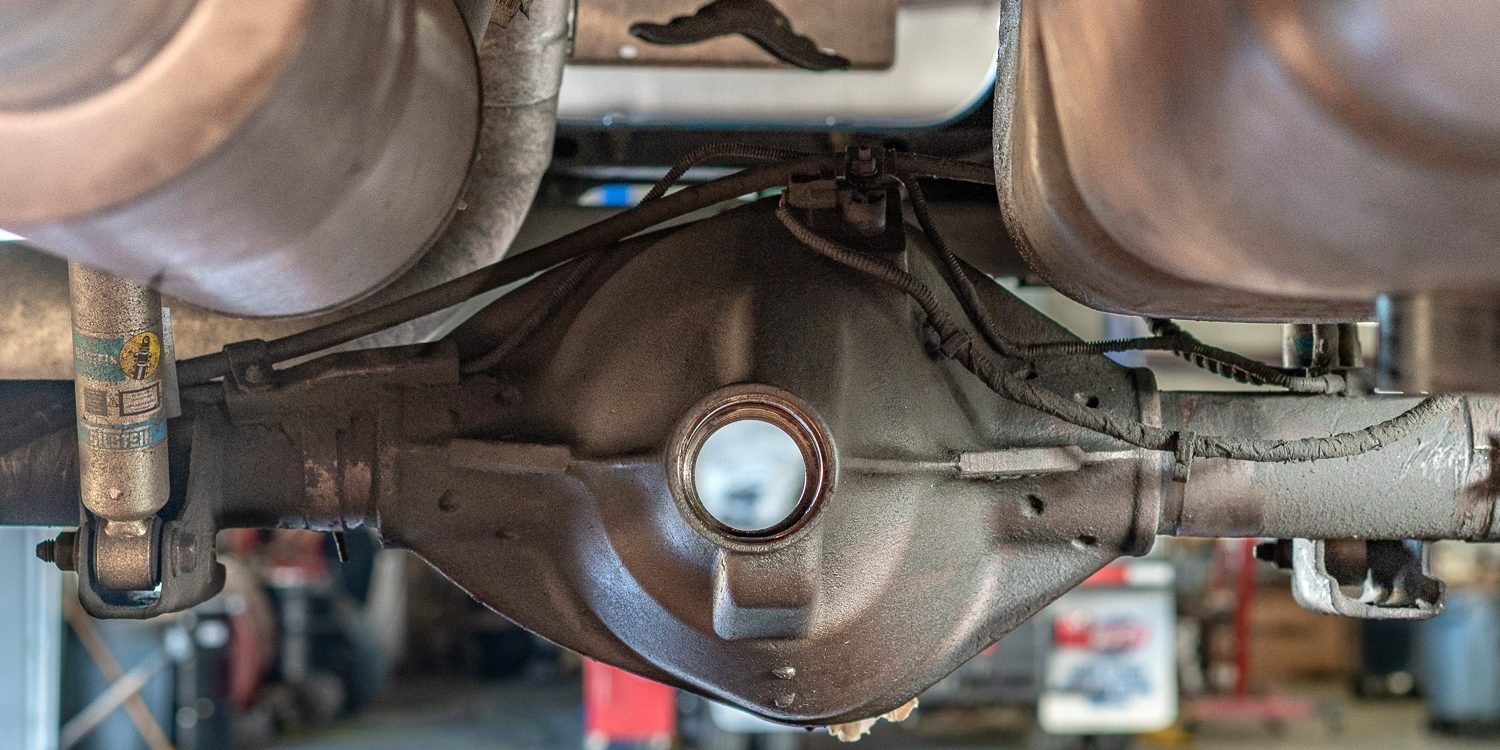 Re-gearing is one of the least talked about, feared, and often misunderstood upgrades I have ever seen.  But the right gearing in your street truck, tow pig, or race rig can literally make or break its performance.  Let’s start this conversation with clarifying the terminology associated with gearing.

Now that we’ve got the basics squared away, let’s talk about when re-gearing should be considered.  We all love to cruise Instagram, Facebook, and other sources for examples of what the other guy/gal did to make big power on their diesel.  We always look for the big three; fuel, air, and transmission upgrades to see what it will take money-wise to get where we want to be.  And then we add 50 HP.  Okay 100 HP, because we aren’t losing to THAT guy.  The build-out in your head and abandoned shopping carts on your favorite parts website are all part of the fun, keeping you motivated to save some cash and work that overtime shift.

It’s easy to forget when we are planning these builds that there is a lot more to think about than the major systems.  Here at the shop, we recently completed a build on a beautiful 1998 Dodge 2500 with a 12v Cummins that’s been hanging around for some time.  It was an out-of-state auction purchase that came in with an uncertain future.  From the outside, the truck was super clean.  The owner originally wanted a street/daily build that would top out around the 750 HP mark, but as these things often go, this plan spiraled into awesomeness as the possibilities stretched out in front of us. The truck ended up with a completely built motor, with Carillo rods, polydyne coated bearings, a set of Industrial Injection .20 over coated, chamfered, fly-cut pistons, Hamilton 220/180 cam, HD pushrods and valve springs, and 625+ ARP studs with a fire-ringed head.  This was a no-brainer as the the owner wasn’t sure if he wanted to go bigger in the future, and the reliability of this setup was rock solid.

The fun part came when the fuel upgrades went from mild injectors to a set of 5x.18s with a Scheid Diesel stroker pump.  The “small” single 66mm Industrial Injection Phatshaft was tucked behind the rest of Industrial’s race compound kit featuring a 480/96/1.32, all with high flow piping to the massive Spearco intercooler and ATS intake elbow.  To keep the dodge tranny demons at bay, he opted for the Fire Punk Stage 2 Competition 47RE.  When the dust settled, this was an incredible build that would offer serious power out of the gate with room for upgrades in the future if the truck decided to live on the track. With some road miles under her wheels, off she went to a test and tune with Truck Source Diesel out of San Antonio, happy to start pushing rollers and making smoke.  Hooked up and one squirrelly run later, we find out the rear pinion is about to break apart like Power Driven Diesel’s Cummins at Weekend on the Edge (check out the video here > https://www.youtube.com/watch?v=co_aHanY1Ek).  Back on the trailer with our tail between our legs, we head back to Houston with a task list before we run it again. Staring down the barrel of a Dana 70. Make sure you know what your setup is before ordering gears.  The gear identifier plate that is usually on the rear differential cover was gone, so we called our dealership with the VIN number.  Unfortunately, they got it wrong and we had to wait an extra day for the parts. 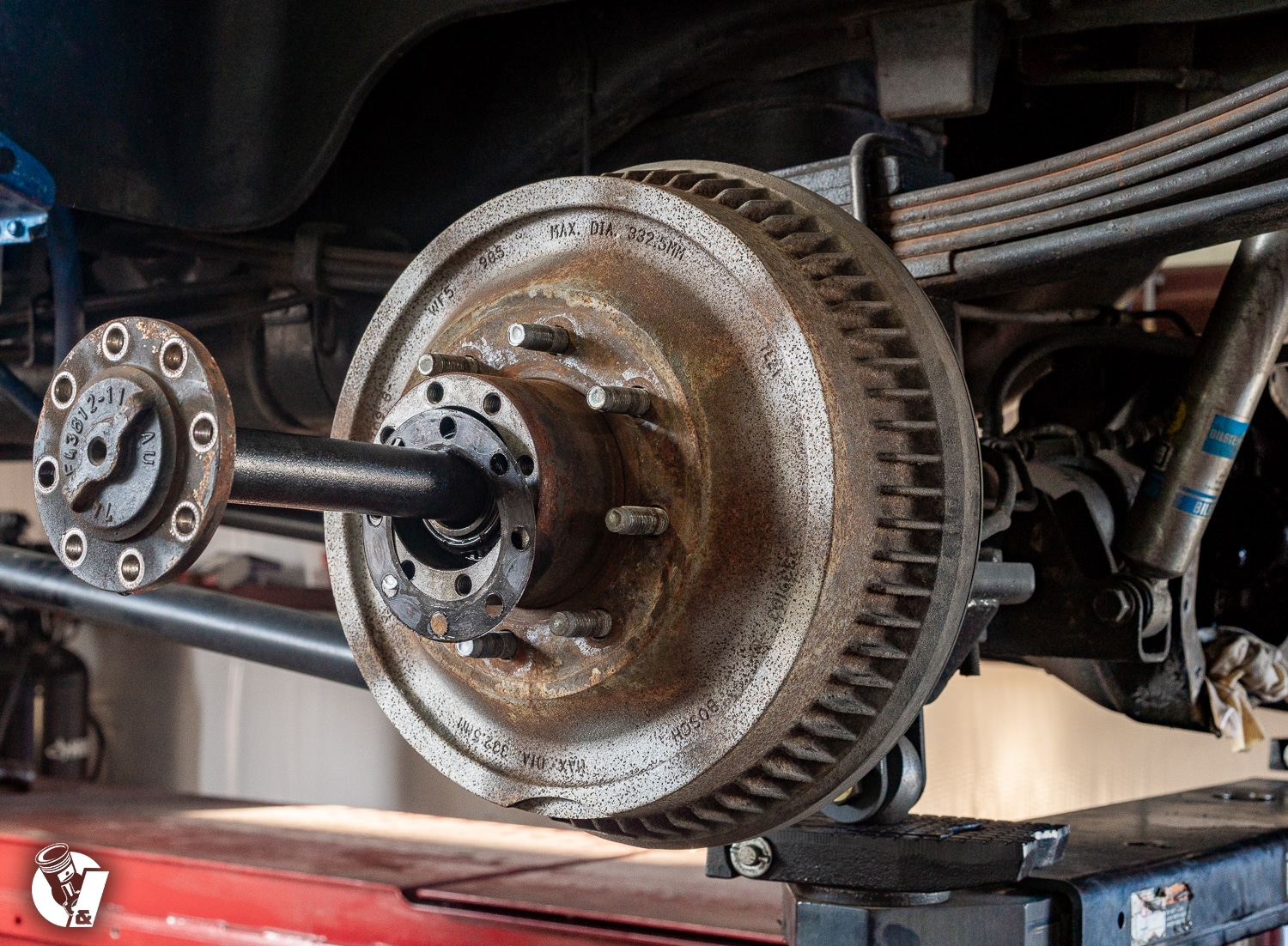 Gear changes require a complete disassembly of the rear end and should be left to an experienced tech. Prepped and ready for the Yukon Gear & Axle upgrades.

Here’s the thing; this truck is 20 years old, and it looks like it had the original gears after we tore it down.  During break in miles, the rear end felt light and tight.  But, given the age, and massive increase of power over stock, we shouldn’t be surprised that it almost let go on us.  Components like axle and driveshaft u-joints, pinion gears, tie rods (you Duramax fanboys know the deal!), center support bearing, and transfer case can all be failure points when those power and torque numbers start climbing.  Not only should you consider upgrading to quality, heavy duty components made for holding power, but in the case of gearing, figure out if your ratio is where it needs to be to reduce the stress created by additional power.

We decided on the Yukon Gear and Axle ring and gear set, with overhaul kit, and made sure this truck will be able to hold it together when the motor is putting down serious numbers.

Adding more HP/Torque to a motor is one instance where re-gearing should definitely be considered, especially if the truck will spend more time on the track than on the road.  While it is common in the gas community to re-gear, especially among lifted vehicles, this is mainly due to the loss of torque associated with running much larger tires.  When lifted, the much less torquey gas motors have trouble making power in the lower RPM range.  Diesels typically don’t suffer from this issue, and most won’t see a noticeable decrease in low RPM power until they go MUCH BIGGER on their tire size, like over 38″.  Diesels also run heavier duty axles and differential assemblies, thus they don’t suffer from the same durability issues as gassers.

So when should diesel owners seriously consider a re-gear?  If you are running a large lift and tire increase over stock, it is worth considering a change.  The chart below shows the target range for gear ratio in relation to tire size. 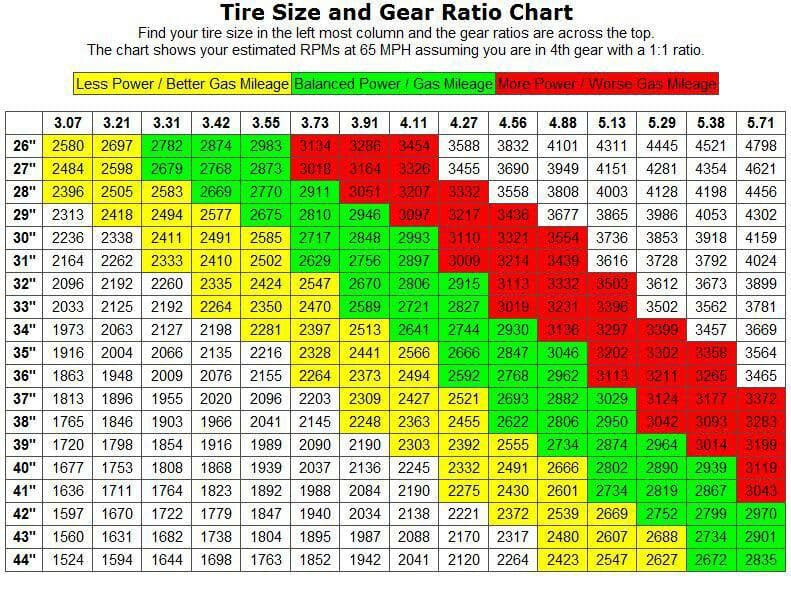 When moving to much larger tires, your motor is forced to operate at higher RPMs to maintain the same speed you were used to when cruising around in your stock truck.  These higher RPMs can cost you fuel economy.   By operating in the green area, you will maximize the balance of fuel economy and power your diesel truck can produce.  Falling into the yellow or red areas will get you more fuel ecomony or power, but at the expense of the other.  There is always a trade-off with everything, and gearing is no exception.

Towing heavy loads can also be a good reason to consider re-gearing.  Running shorter gears allows your truck to produce more torque at lower RPMs and is often a necessity if you tow heavily through the mountains.  Going too short, though, will cost you at highway speeds where your RPM will be redlining when you are trying to cruise over 80.  Knowing where your truck’s power band “sweet spot” will go a long way to understanding where you need to be in your gearing.

Whatever your motivation for considering a re-gear, proper education is critical for making the right decision.  Talk to others with a similar setup on their truck to see how things changed after their re-gear, and always work with an experienced shop who uses quality parts.  Though it is an expensive upgrade, it could totally change the way your truck drives, giving you back the power you didn’t even know you lost.